Enter your City name or Pincode

Okha is a town in Dwarka district of Gujarat. This coastal town also servers as a sea port. Dwarka, Bharuch, Ankleshwar and Surat are some of the nearby cities from here. Also a pilgrimage cite, here you can temples dedicated to Lord Krishna. Once ruled by the Gaekwad of Baroda State, Okha today is one of the fast developing towns of Gujarat. 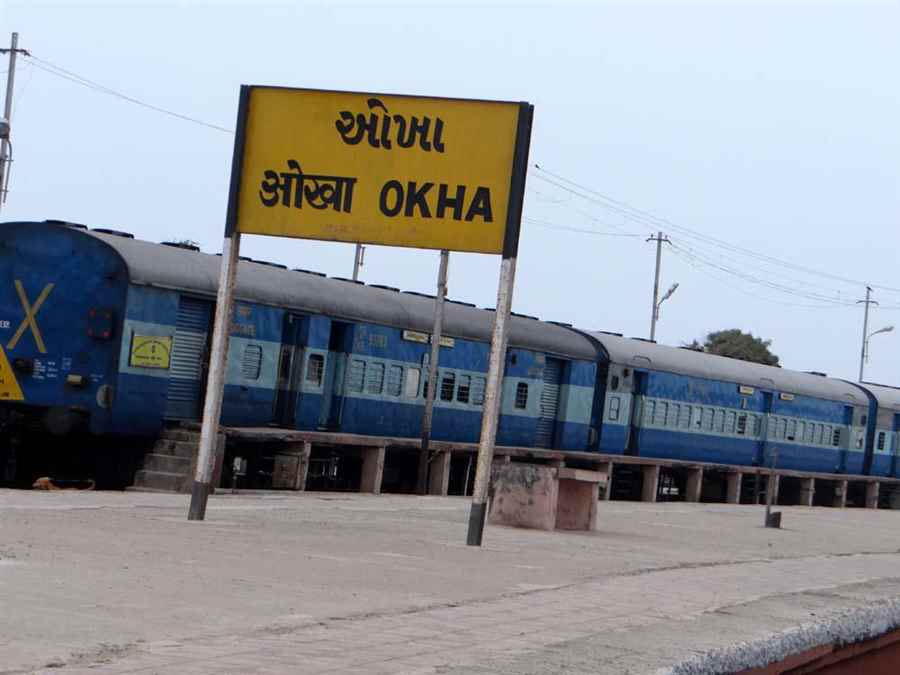 Okha is situated at geographical coordinates of 22°28'0'North and 69°4'0'East with an average elevation of 16 meters above sea level. It is located 30 KM from Dwarka and 482 KM from Gandhinagar. It is surrounded by sea on the three sides with a sandy beach on Arabain sea coast. The city is well connected to different nearby cities of Gujarat. There are regular bus services operating on different routes. Okha railway station is the nearest one, however Surat junction is the nearest major station from here. Govardhanpur airport is the nearest one from here located at a distance of 98 KM.


History and Culture of Okha

Okha is a historical town that is even mentioned in ancient Indian epic literature. The town is associated with the marriage of Aniruddha, grandson of Lord Krishna, and Usha (Okha in Gujarati). Hindi and Gujarati are the local languages spoken here. As per the census of 2011, city has a population of 62,052. The city has a literacy rate of 67.59%.

Okha has a port that is economically important. It was the first port on the West coast of India. There are operational command centers of Indian Navy, Indian customs, Gujarat marina police and Indian Coastguard here. Lignite is the major product that is imported here from Indonesia that is used in different thermal power plants of Gujarat. Fishing and salt processing are other major industries here along with an automobile assembly plant.

There are many historical religious places around Okha that are worth visiting. Bet Dwarka, an island in the Arabian Sea off the coast of Dwarka, is considered as the original residence of Lord Krishna. Dwarkadheesh is an ancient temple here and rice is the main offering to the deity here. There are many other smaller shrines here that are dedicated to Shiva, Vishnu, Hanumana and Goddess. Hanuman Dandi is another famous temple here with many images of Lord Hanumana and his son Makardhwaja. Every year thousands of pilgrims and devotees worship here to worship Lord Krishna.

Hospitals and nursing homes are major part of health care infrastructure. Okha in Gujarat provide health care services to the residents and visitors as well. This city houses some well equipped hospitals and nursing homes having modern facilities and team of experienced doctors, nurses and other staff. Like other cities, one can also find numerous pharmaceutical stores present across the city.

Comments / Discussion Board - About Okha